Even Madonna in the ranks of the Bodypositive revolution?

Her last appearance in Instagram, her body of sixty wearing just underpants and bra, the shock and criticism from her fanbase. From which we certainly do not expect a solid tradition of self-acceptance and body-acceptance, I assume.

I am not surprised by the fierce and merciless criticism that the Superstar get, I am surprised  by the attempts to attribute her recent move belonging to Bodypositive activism. This really made me skeptical. 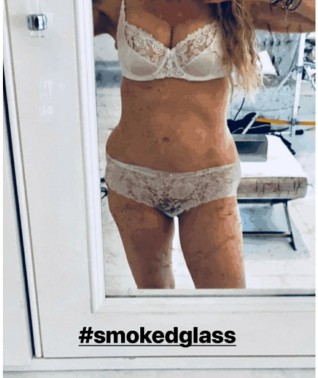 We can’t trust every star that came here, after decades of botox, gym, diets, cosmetic surgery and impants, a past as a testimonial of the perfectly fit body that try to tell us the story of self acceptance, c’mon people!

The Bodypositive  movement is not a marketing strategy, it is not a ‘turn a page’, it is a long path, complex, interior rather than outward, not tied to the star-system at all.

I doubt that the depth of her gesture that is attributed to it is such genuine, rather its the umpteenth marketing act for yet another Madonna’s style change.

As long as one talk about body kindness, it’s okay, as long as it also reaches the layers of the population less prepared on the subject of the body falsified by the media and the diet-fitness-cosmetic surgery culture, so much that target will certainly not be reached by thousands of motivated “uncool Bodypositive activists”.

It is with no pleasure that we welcome among our ranks people that for years have benefited from the diet-culture and the Beauty Mith, literally fomenting everything against which we now struggle.

It sound like accepting a slaughterhouse owner among the ranks of Vegan activism.

It is not a matter of repentance or second chance, it is that we can’t accept help from the architects of the disaster. Not with genuine enthusiasm.